How to Spot the Signs of Self-harm

Dealing with powerful emotions can be overwhelming for some people. These individuals often develop unhealthy or even harmful coping mechanisms, as a way to manage those all-encompassing feelings.

Self-harm is one such maladaptive coping strategy; one that is misunderstood by many people, including those in the healthcare profession. Learning more about self-harm, including the facts and how to spot the signs and symptoms, gives you the tools you need to help those who are suffering or are at risk.

Self-harm is any behaviour, act or lack of action that causes some form of harm. This includes things like cutting, burning or scratching yourself, deliberately causing bruises, self-inflicted broken bones or hair pulling.

Self-harm is not done as a suicide attempt — in most cases, the person harming themselves does not have suicidal ideation. Instead, they are searching for a way to cope with negative emotions or situations.

Individual reasons and triggers for self-harm vary from person to person, although there are a few common factors:

Who is Most at Risk?

Recent research has shown that nearly a quarter of all 14-year-old girls have engaged in self-harming behaviour, making them one of the biggest at risk demographics.

While people of any age can engage in self-harm, it is most common among individuals aged between 11 and 25. Adults who engage in this behaviour often started while they were in that age range.

What is the Self-harm Cycle?

Self-harm is a temporary way to find some relief in a difficult or stressful situation. It can also quickly lead to a self-harm cycle, where the individual begins engaging in this behaviour with increasing frequency.

It begins with an act of self-harm, which makes the overwhelming emotions go away for a little while. When the pain returns, it is often accompanied by feelings of guilt and shame for having harmed oneself in the first place. This can lead to further acts of self-harm; thus, perpetuating the cycle.

Spotting the Signs of Self-harm

In many cases, self-harm is hard to identify. People who engage in these types of behaviours often hide the signs under clothing or offer seemingly plausible excuses for repeated injuries, such as playing with a boisterous pet.

However, there are a few things you can keep your eye out for. If you notice one or more of the following signs and symptoms, it may be worth having a discussion with the individual:

It is important to remember that self-harm differs from other ways of breaking the skin, such as piercings or tattoos.

When people engage in self-harm, they usually return to the same spots on the body, such as the arms, legs or torso. These are areas that are easy to reach and also easy to hide beneath clothing.

The Long-term Effects of Self-harm

The effects of self-harm are more than just immediate. There can be serious long-term effects, especially if the person has been self-harming for years. Permanent scarring is the most common effect. In addition, damage can be done to tendons, blood vessels and nerves, depending on the area on the body and how deep the injury is.

There is also the risk of infection if a person cuts deeply enough and does not properly clean the wound. Repeated cuts or burns to the same area also leave a person more susceptible to future infection, as the wound never gets a chance to heal.

Infections can create additional health concerns — in some cases, they can lead to loss of feeling in certain areas of your body.

What to Do if You Notice the Signs of Self-harm

Noticing signs of self-harm on a friend, loved one, client or any other person in your life can be scary. The most important thing to do is to avoid making the person feel ashamed or guilty for their actions. Never be judgmental; instead, be as empathetic as possible and keep open to seeing things from their point of view.

You also need to let the person know that you are supporting them. Listen carefully when they talk about their emotions with you.

Another way you can assist someone who self-harms is by helping them come up with an action plan. This plan should contain a series of steps that they can implement, should they feel the desire to self-harm again.

You can include things such as snapping a rubber band against the wrist or arm or holding an ice cube. By working with them to develop this plan, you can help them feel more in control of things. A loss of control is often a reason for self-harm, so returning a person’s sense of control over a situation can be invaluable.

Finally, you should encourage the person you are speaking with to seek medical care, as well as mental health treatment. Even if the injuries appear to be healing well on their own, it is a good idea to have them checked out for any potential complications or signs of infection.

Mental health treatment is a good idea, as the mental health professional can help the person find healthier coping mechanisms, while also uncovering the reasons for self-harm.

Despite its prevalence in the UK, self-harm is still a very misunderstood topic. Learning more about what it is and how to spot the signs can help you stage early interventions if you notice it in the people that you care about.

Getting involved as early as possible can stop things from progressing too far, while also giving the person who engages in that behaviour a chance to find a better way in which to deal with overwhelming emotions or situations. 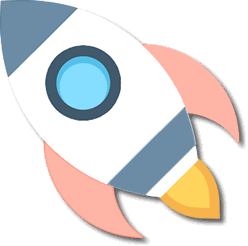